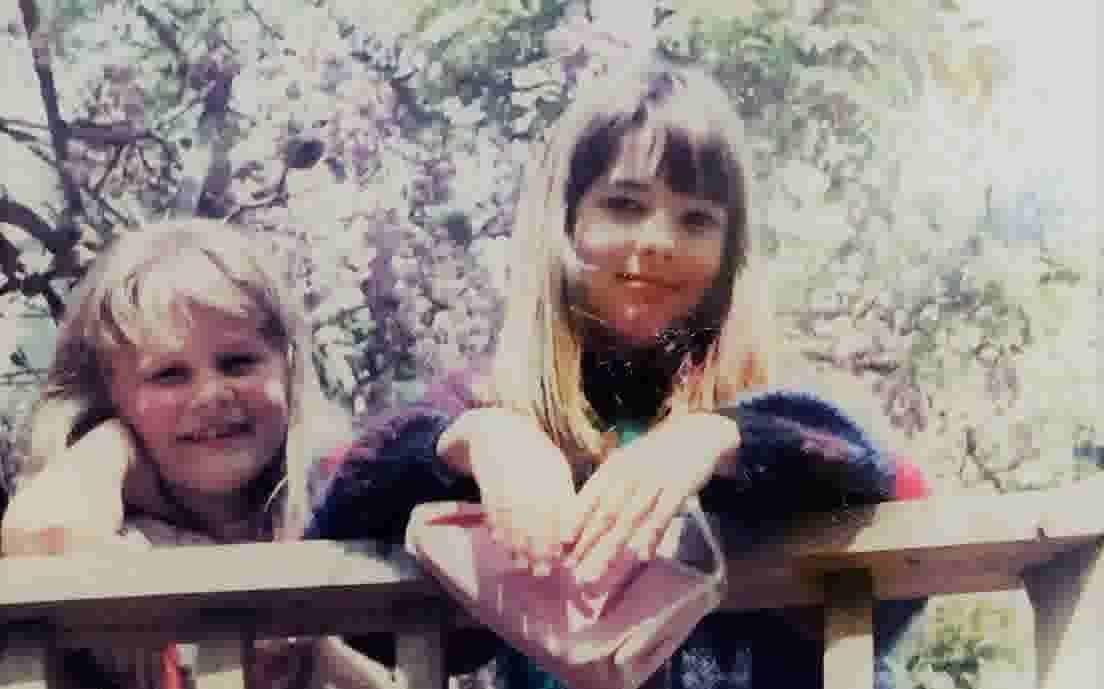 you are [not] alone here Q&A with Writer/Director Amy Mansfield and Producer Anna Groot.

ANNA, HOW DID YOU GET RAILED INTO THIS PROJECT AND WHAT HAVE YOU DISCOVERED SO FAR?

To answer that question, we'll need to go back to 1980s Auckland when you and I were into donning tie-dyed t-shirts, making 'magic potions', dreaming up entrepreneurial endeavours involving odd jobs for neighbours and generally enjoying 8-year-old adventures. We lost touch as we went to different schools and moved to different continents, but our friendship resumed recently when we were reunited at a friend's party some decades later and I realised we had many more escapades to embark on together.

I had seen your play 'I didn't invite you here to lecture me' and loved your use of verbatim quotes to sew a story together and create compelling characters. As you know, you have a well known superpower in getting other people to say yes, so when you asked me if I would be interested in helping to devise a show on human connection and technology - two topics I am heavily into, there was only one possible answer really.

AMY, HOW DOES THIS WORK DIFFER FROM YOUR PREVIOUS WORK AND WHAT ARE YOU HOPING THE AUDIENCE WILL LEAVE WITH AS A RESULT OF HAVING BEEN TO THE SHOW?

Well, it's technically more complicated, and organisationally quite a mission, which is part of the reason I knew I needed to bring on your good self to produce and Gareth Blackler to design. In fact, you've ended up bringing all sorts of wonder to the creation of the show as well, which is both welcome and also an aspect which sits in contrast to the previous show, which was more linear in that particular respect.

Whereas in Lecture Me the audience was involved at discrete points, in this show they are implicated in every way. As you say, one of the things I'm told I do best is initiate and delegate. In this case I've delegated just about the entire thing, including delegating part of the script-writing and performance to a bunch of complete strangers, yet I'm still putting my name on it and being a little bit responsible for it. If this is appropriation, I think it's mainly from those who are appropriating human behavioural data at a speed which is unfathomable, and can probably take the hit.

I have an enduring interest in the verbs we English-speakers live by: to be, to do, to have. I'm hopeful audiences will leave actively considering how we need to do, be, and have differently, and then put those ideas into practice without delay.

THE THINGS THIS SHOW MEDITATES ON ARE RIGHT AT THE CENTRE, AT THE HEART OF OUR NOW AND OUR FUTURE.

ANNA, WHAT HAS STRUCK YOU ABOUT THE PROCESS OF COLLABORATING ON THIS PLAY?

You actually answered this question beautifully yourself the other day when we were talking about how many hours go in to creating an experience that only lasts for an hour, and you said "yes but the final product is only a small part of what is actually being created." That really resonated. I think collaborating with others on a project is always a bit of a leap of faith which is part of the fun of it. I get such a kick out of playing with my imagination together with others and then bringing that collaborative vision into reality. This play has been Collaboration with a capital C with roles blurred but such great energy and empathy and a great combination of skills and talents, as well as a shared interest in developing skills along the way. Working with Amy and her creative vision, the acting prowess of Mika Austin, and the sound painting skills of Nolwenn Lecire has been really rewarding, and I hope it heralds many more collaborations to come.

AMY, WHO DO YOU THINK WOULD BENEFIT FROM EXPERIENCING THIS WORK?

It's funny because I am going through an extended moment of objecting to the terms that put us on transactional rather than relational terms with one another, terms which want us to quantify benefits and commodify experiences for individuals. While the producer in you and the sometime producer in me are both accustomed to working in that spreadsheetish, capitalist world, we are also both very much interested in exploring communal moments, and I feel like this show more broadly will have us and the audience working in concert, as one, such that the sum will be infinite, or definitely more than its countable parts!

There is, of course, a shorter answer, which is Everyone! I can't think of a single person who isn't grappling right now with digital inundation, so, while the context of this presentation is Fringe, the things this show meditates on are right at the centre, at the heart of our now and our future. Okay, that wasn't such a short answer.

you are [not] alone here is a part of the 2021 Auckland Fringe Festival and runs 16 - 21 February. Book your tickets here.