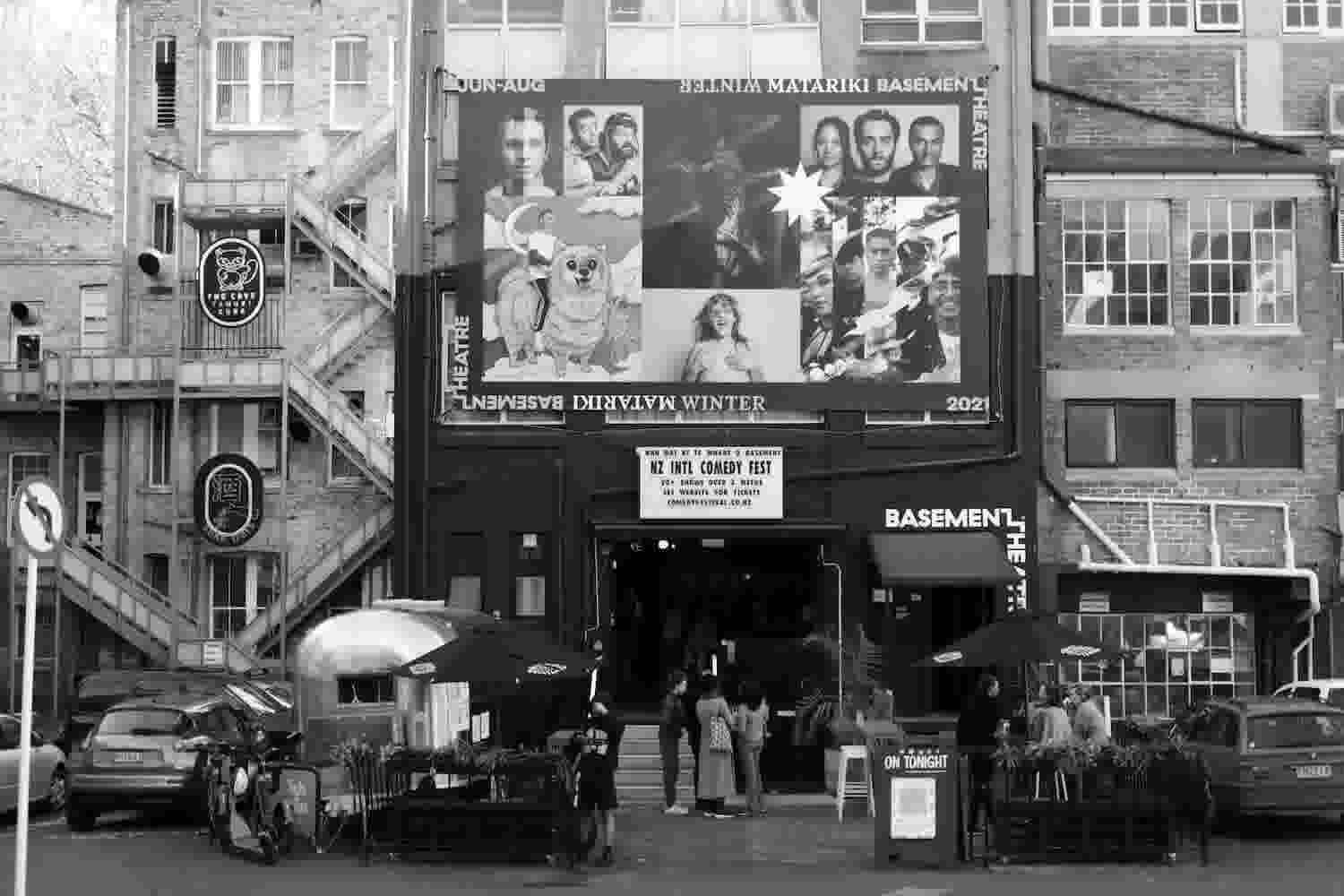 The whenua that Basement Theatre sits within belongs to the people of Ngāti Whātua ki Orākei, and was once an important wetland. Te Wai Horotiu, the body of water that used to run right past our front door (and still runs beneath Queen St to this day) is central to the world of the Ngāti Whātua people.

The building that we occupy was built in 1923 by seed merchant George Sinclair. It has taken various forms since that time - as a haberdashery, a dental supply store in the 50s, and a gay nightclub in the 70s. The space was first used as a theatre in 1984 by the Auckland Youth Theatre Company. In 1991 The Central Theatre (renamed Tim Bray Productions in 2004) took over and then became Silo Theatre, which was founded by Sharyn Duncan in 1997. Silo was in the space for 10 years before they moved out to become a theatre production company.

When Silo moved out, a bunch of young actors who had been working on the bar, spearheaded by Charlie McDermott and Michelle Blundell, desperately wanted to keep the space going as a theatre. They formed a vision for a space where artists who were just starting out could self-produce their work and connect as a community. You may think they renamed the space 'The Basement' for obvious reasons - but it was actually inspired by a tiny theatre that Sharyn Duncan ran beneath the Watershed Theatre, just before Silo was formed.

Since that time, Basement’s activities have progressed through a number of iterations, and some really special people (including artists, staff, board members, donors, and dedicated audience members) have worked incredibly hard along the way. The intention has always stayed the same - to service new artists and support them to flourish - and it’s this longstanding commitment demonstrated over time that makes Basement a vital contributor to Tāmaki Makaurau and the arts ecology of Aotearoa.

Looking back on what has been coined a ‘Decade of Disruption’, Basement moves into its next evolution with a new whānau of colleagues collectively grounded in the concept of 'Sustenance.' Together we lean into our rich history to investigate a pathway forward. We position ourselves as learners, listening to our communities and inviting them to take the lead.

Check out our past shows